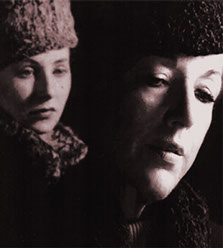 Available to stream now, at ReadingFilmFest2020.com.

This beautifully produced film, combining a powerful performance, rare photographs and stirring music, is inspired by Janka Festinger's true story, and recounts her liberation, her time in the camps, and her life in America.

The film, based on the award-winning one-character play that has toured the world, tells the story of Janka Festinger, a Romanian Jew who survived the Holocaust.

The script, written by her son, was based on a sixty-page letter describing her harrowing experience about which she wrote to an American uncle after her liberation from Nazi internment.

The play is a testament to the human spirit and the will to survive.

Stream it now to your smartphone, tablet or smartTV.